Ethical Management is Better than CSR

Although the financial crises of 2008 was blamed mainly on the Lehman Brothers bank loans, to those that could ill afford it, with hindsight it is claimed, there was a multiplicity of reasons, across numerous agencies; banks, investors, countries and context. It appears the motivating factor was a combination of lapse governance and sheer greed.

Given the above it appears there is a dichotomy between a CSR policy and CSR practice, which is not limited to the financial sector. Despite Green Peace seeking to monitor oil companies, oil companies drill for oil in the Arctic and other environmentally important areas and engage in fracking, causing health issues and polluted rivers. This is legalised by governments professing and encouraging green credentials, while sponsoring countless conferences and public service announcements. It would seem that

“In our conventional understanding of the economy as a totality, that is, in the academic field of economics, any ethical precondition is absent; there is no room for it in the logic of economics.” Ethics: Managing for Moral Excellence pg 118

In the example I have used, of the financial crash, it seems there were failures all round. Individuals, organizations and economics, conspired to a moral dilemma, that led to unethical behaviour, not regulated by law, or compliance. The issue is therefore a continual tension, not only between ethical and economic but also compliance and law.

Belonging to professional associations, imposes some rules of engagement, in my business dealings but still gives raise to potential conflict of interest. For example, in the delivery of some consulting work, I was engaged by an organization, with clear ulterior motives. I could not betray the trust of those on whose behalf I was working (moral dilemma 1) but did not want to be party to an agenda that was not in the best interest of the client (dilemma 2). In the end, I made the decision to navigate the situation, mindful of both commitments, by modifying my behaviour and method of delivery. The point is, ethics is personal to the individual. It is a leaning for, or away from personal morals and making a conscience decision, to comply with ethics of business.

The Ethics of the International Development Industry

The international development sector is an industry, complete with standards of engagement, such as equality and diversity.  Sadly, glaringly, it is unable to live up to the standards, it professes.  Overt racism is rife, leading to an industry that is almost without exception ‘white,’ despite the industry addressing ethnically sensitive issues. There is still a huge gap between theory and practice.

Having examined the state of my industry, my ability to effect change and raise the standards of practice, I:

1.   Started my own social enterprise, which I hope to be able to export abroad, expanding my practice into Chinese and Arab development agencies, since UK based ones seem determined to exclude.

2.   Manage responsibly, for example, reach out to existing organizations that can bring value to micro business women, even if they are competitors.

3.   Give value for money, with a central theme to support, rather than profit.

4.   Gain deeper insight into sustainability and responsibility (by taking relevant courses) to embed more fully, into client and personal practice.

Yes I agree. Its a personal journey that reflects on our business practices, sometimes walking away is what's needed & sometimes being able to influence the situation for the better is the answer.

You have to be responsible to your client @Funmi Ade, but you also have to be responsible to yourself. Companies with ulterior motives are always trying to hire people who will share their agenda. I was once asked by a pharma company if I knew how to "get around" regulatory. I told them that anyone who said they could do this was lying. Regulatory is there for a reason. They have set rules (most put in place because pharma companies are always trying to skirt them). Leave that sort of nonsense to the politicians and lobbyists. They have no souls to begin with. Be ethical, maybe make less money, but at least you'll sleep nights. Nothing is worse than growing old and being on your death bed saying "What have I done?"

The ride hailing companies like Bolt and Uber are worldwide alternative to taxis. In London I had th ...

On the Back Foot · Its amusing to be in this position, actually. · On the back foot. · English is so ... 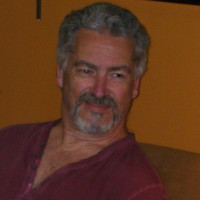