Blogging
>
Geoff blog
>
Is our 'Identity' unique - what makes us different?

An interesting subject that seems to be appearing more and more is: ‘what makes each individual unique’ – back in 2016 I wrote a blog called ‘Can we create our own identities from reinvention? which discussed whether we can reinvent our own identities.

Well, exactly what makes us unique?

Psychologists have explored the tricky question of how our sense of uniqueness and identity develops. When a child is born, it has no clear idea of where ‘myself’ ends and ‘the external world’ begins.
It takes a while before the limits are established. And not until the age of two will a child begin to lose its preoccupation with itself, and start to become interested in other people. It is at this time that pronouns begin to appear in its vocabulary ‘my’, ‘me’, ‘you’, ‘I’ and usually in that order. And while the child is two it goes through a stage of rebelliousness and wilfulness in which it suddenly becomes domineering, endlessy, inquisitive, and impatient when its wishes are not gratified straightaway.
The child seems to be waking up to the fact that it has an identity of its own which needs to fit in alongside the identities of other people, and is simply testing out the limits of its powers and freedoms.

However, there are multiple theories about what makes us unique, some related and some not so interconnected. We have been pondering the topic for thousands of years – the ancient Greek philosophers Socrates, Plato, and Aristotle all theorised about the nature of human existence as have countless philosophers since.
With the discovery of fossils and scientific evidence, scientists have developed theories as well. While there may be no single conclusion, there is no doubt that humans are, indeed, unique. In fact, the very act of contemplating what makes us human is unique among other animal species.

Apart from our obvious intellectual capabilities that distinguish us as a species, humans have several unique physical, social, biological, and emotional traits. While we can’t know precisely what is in the minds of another being, such as an animal, and may, in fact, be limited by our own minds, scientists can make inferences through studies of animal behavior that inform our understanding.

Humans also have unique memories, that Professor Thomas Suddendorf calls “episodic memory.” He says, “Episodic memory is probably closest to what we typically mean when we use the word “remember” rather than “know.” Memory allows human beings to make sense of their existence, and prepare for the future, increasing our chances of survival, not only individually, but also as a species.

Memories are passed on through human communication in the form of storytelling, which is also how knowledge is passed from generation to generation, allowing human culture to evolve. Because human beings are highly social animals, we strive to understand one another and to contribute our knowledge to a joint pool, which promotes more rapid cultural evolution. In this way, unlike other animals, each human generation is more culturally developed than the preceding generations.

Profesor Thomas Suddendorf once said about these stories:

“Even our young offspring are driven to understand others’ minds, and we are compelled to pass on what we have learned to the next generation…. Young children have a ravenous appetite for the stories of their elders, and in play they reenact scenarios and repeat them until they have them down pat. Stories, whether real or fantastical, teach not only specific situations but also the general ways in which narrative works. How parents talk to their children about past and future events influences children’s memory and reasoning about the future: the more parents elaborate, the more their children do.”

Thanks to our unique memory, acquisition of language skills, and ability to write, humans around the world, from the very young to the very old, have been communicating and transmitting their ideas through stories for thousands of years, and storytelling remains integral to being human and to human culture.

Clues about the evolution of our extraordinary minds: Thomas Suddendorf


The big question is: what defines us?

In recent years, many traits once believed to be uniquely human, from morality to culture, have been found in the animal kingdom. So, what exactly makes us special?

Ever since we learned to write, we have documented how special we are. The philosopher Aristotle marked out our differences over 2,000 years ago. We are “rational animals” pursuing knowledge for its own sake. We live by art and reasoning, he wrote.

Much of what he said stills stands. Yes, we see the roots of many behaviours once considered uniquely human in our closest relatives, chimpanzees and bonobos. But we are the only ones who peer into their world and write books about it.

We see the roots of many behaviours once considered uniquely human in our closest relatives
“Obviously we have similarities. We have similarities with everything else in nature; it would be astonishing if we didn’t. But we’ve got to look at the differences,” says Ian Tattersall, a paleoanthropologist at the American Museum of Natural History in New York.

Charles Darwin, in his book ‘The Descent of Man’, wrote that humans and animals only differ in degree, not kind. This still stands true but Professor Thomas Suddendorf says that it is precisely these gradual changes that make us extraordinary and has led to “radically different possibilities of thinking”.

And it is these thoughts that allow us to pinpoint to our differences with chimpanzees. That we do so is because they are the closest living relative we have. If any of the now extinct early humans were still alive, we would be comparing our behaviour to them instead.

Still, as far as we know, we are the only creatures trying to understand where we came from. We also peer further back in time, and further into the future, than any other animal. What other species would think to ponder the age of the universe, or how it will end?”

We have an immense capacity for good. At the same time we risk driving our closest relatives to extinction and destroying the only planet we have ever called home.

Finally thoughts, no matter how you look at it, humans are unique, and paradoxical. While we are the most advanced species intellectually, technologically, and emotionally, extending our lifespans, creating artificial intelligence, traveling to outer space, showing great acts of heroism, altruism and compassion, we also continue to engage in primitive, violent, cruel, and self-destructive behavior.

As beings with awesome intelligence and the ability to control and alter our environment, though, we also have a commensurate responsibility to care for our planet, its resources, and all the other sentient beings who inhabit it and depend on us for their survival. We are still evolving as a species and we need to continue to learn from our past, imagine better futures, and create new and better ways of being together for the sake of ourselves, other animals, and our planet.

As Kallam Anji Reddy once said:

‘Everyone has a purpose in life and a unique talent to give to others. And when we blend this unique talent with service to others, we experience the ecstasy and exultation of own spirit, which is the ultimate goal of all goals.’

#4
Love your description Jerry Fletcher and in particular as you describe a gem to be treasured, my next buzz is on gems - great mindset Jerry!

#2
Thanks John Rylance for your words of wisdom across biometric. I agree that there are very few people with the same fingerprints, I believe as humans we are all unique beings, our thinking, mindset, attributes, thats why we are all special, even if we do not display traits that we all agree with, life would be too easy at this point if we were all the same :-)

#1
Many thanks Debasish Majumder for your wonderful comments across my buzz. I agree with your comments, as humans have several unique physical, social, biological, and emotional traits. This is particularly true when we look at reinvention too. Have a great weekend.

Geoff, As I've said on stage: "Each of us is like a pearl. We roll 'round our lives picking up greater accretions as we go. Our personalities get added depth and character. No two of us are the same yet we are similar. Gather enough of us together and it is like a string of pearls. Each of us enhances each of the others. Each of us is joined by our similarities yet still we are different. Each of us is unique and that is what makes a friend a gem to be treasured." And so it goes.

Just thought as well as our fingerprints, our DNA is unique to us.

By definition uniqueness is being the only person with that attribute.  In the land of the Blind a one eyed man is unique, until another person with one or even two eyes arrives. The only true uniqueness we have is our fingerprints.Any other supposed uniqueness is transitory.

human memory plays an intriguing role even to determine our test. when our memory recall one as sweet, we tend to accept out of our memory since time immemorial. interestingly, when we memorize contrary to our available memory something adverse, out of certain conditions, even sweet appears as sour to us! however, lovely insightful buzz! enjoyed read and shared. thank you for the buzz Geoff Hudson-Searle

Leap First and the Net will Appear!

Do you know the one thing that people who have followed their dreams have in common? · None of them ...

The age of globalisation began on the day the Berlin Wall came down. From that moment in 1989, the t ...

As all leaders experience the highest of highs and the lowest of lows, you will know you have been t ... 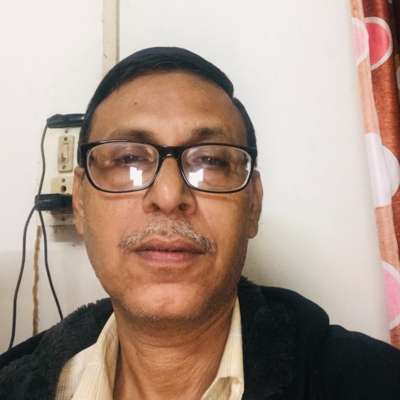