The Crocodile Tears of Somalia Famine

For all those that don't know the direct cause  of the famine in Somalia, is due to #global dimming. So if you're tempted to think that "Blacks in Africa" are backward tribes, incapable of helping themselves & are living off the kind generousity of Whites; the fact is, it's "Whites" directly responsible deaths we're now witnessing. Millions have died thanks to "Whites," millions more will die thanks to "Whites." If this seems offensive, remember its the truth. The truth has a way of offending people, this is the uncomfortable, its painful, its the real, inconvenient truth. Do donate, do campaign for food but really this is the crocodile tears, of the symptoms. The crocodiles' eyes water, as it masticates its prey... What is required is action NOW, on global dimming. The #global dimming that interferes with the rain cycle, causing the drought & subsequent famine, which will be a continuing cycle, unless something is done to stop it.

Lets start with a pigouvian tax on airlines & flights that goes directly to the countries of the Sahel, for implementing water, agriculture & public health services, to counter the effects of the problem, that is not of their doing but ours.

If it was the West whose weather was being affected, with such devastating effects, by now, new technologies & command & control legislation, would have been placed on the airline industry.

Campaign now on #global dimming, to stop this catastrophe and crime against humanity. There is nothing to lose by getting the airline industry to clean up their act, like car manufacturers, have been forced to. Make a noise for life, if you have a conscience. If not sit quietly watching appeals for 'aid', send a few pennies & secretly believe this is something that's affecting a lower species of humanity, called African & that'll never touch you. Wrong! Wrong! Wrong!

#1
Wanted to clarify the like I gave your comment. Its honest & reflects what I say in the article. The economy is more important than the millions of lives being lost in the Sahel & will continue to be lost. When did human beings lose sight of what's most important... life ....not money!!

If airlines are unprofitable as you say, let's make passengers pay £1 every time the fly towards the problem their flights are causing. It be interesting to know how much travel is pleasure rather than business (for the economy) as you say. For example in Europe, I would be interested how many are opting for Euro tunnel rather than air & how much government intervention to increase rail use would impact in the short term. People care but not enough & if they knew it was mainly the doing of the West, perhaps they'd care a bit more.

Crocodile tears indeed. But many do care tremendously and do act. Blame the media for lack of coverage. Unfortunately taxing the airlines is not an answer. Airlines have historically never been profitable (except for Southwest) and many have survived on govt. subsidies as they are necessary for a functioning economy. Within a decade we may see electric planes. Unfortunately things will likely get worse before they get better as the US has a president that thinks climate change is a hoax.

A Day Dream · As I read some of my past blogs, I come across This Paradise. Against the backdrop and ...

On the Back Foot · Its amusing to be in this position, actually. · On the back foot. · English is so ... 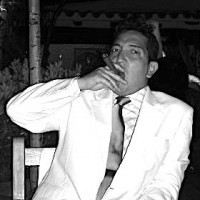