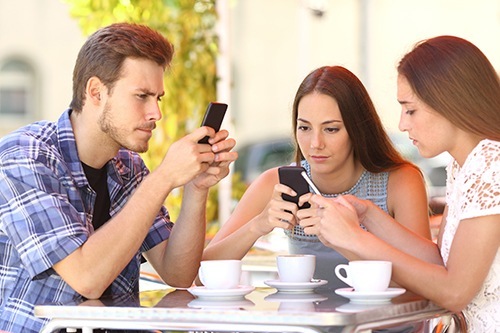 I recently had a very intriguing conversation with my social media and blog agency – we have those conversations normally at 11pm London time, every Sunday night. Jacques will ask me: “How are you my friend? Your blog for Monday is all set.” I will respond with: “I am Social Media worked out, so tired”, to which Jacques responds: “So just come off Social Media and concentrate on your writing, I still want to see your next book!”

At this point I laugh loudly, but the facts are, when Jacques said this to me it was a precious moment of introspection and reflection – some people call this a light bulb moment, the result is he is so right, and this is a subject I have written extensively about: ‘Is Human 2 Human Communication Dying’, ‘In the praise of speed or not, as the case may be’, ‘Has technology killed love and romance’, ‘Why are our H2H relationships so disconnected from life?’ – just to name a few.

If you are emotionally attached to your smartphone and rely on it every waking minute, it may be harming your relationships – I find most accidents happen with people texting when they walk, not to mention what happens when you are in their line of the street. The new education for humans is how to avoid being knocked over by the person texting on their smartphone.

So how does social media affect interaction in our society? Will face-to-face communication ultimately diminish because of these new social technologies? These questions are ones that many researchers have found extremely intriguing since the advent and popularisation of social media in the last decade. Within this topic, social competency is an important ideal that most people strive towards, but there is evidence to support the claims that social media is actually harming people’s ability to interact competently in an offline setting.

Psychologists claim that increasing numbers of people in long-term partnerships are having to compete with their partner’s smartphone for attention, making it the ‘third wheel’ in their relationship.

A survey found that almost three quarters of women in committed relationships feel that smartphones are interfering with their love life and are reducing the amount of time they spend with their partner.

Scientists found that what they describe as this ‘technoference’ – even if infrequent – sets off a chain of negative events: more conflict about technology, lower relationship quality, lower life satisfaction and higher risk of depression.
• 62 per cent of women in long-term relationships who were surveyed said technology interferes with their free time together
• 35 per cent claim their partner will pull out his phone mid-conversation if they receive a notification
• 25 per cent said their partner actively texts other people during the couple’s face-to-face conversations
• 75 per cent said their smartphone is affecting their relationship.
The poll, which was conducted by Brandon McDaniel of The Pennsylvania State University and Sarah Coyne of Brigman Young University in Utah, surveyed 143 women.

Further studies on the social competency of youths who spend much of their time on social media networks are sometimes very conflicting. For example, a study executed by the National Institute of Health found that youths with strong, positive face-to-face relationships may be those most frequently using social media as an additional venue to interact with their peers. As a pretty outgoing person myself, I find myself using social media as an extra outlet to obtain real-time news feeds, research and interact with people who are interested in my book. Although I personally agree with this study’s findings, I also believe that social media can be an excellent avenue for introverted people to find a comfortable setting to interact and from the opposite it can drive a highly-motivated individual to isolation, loneliness and to mental health disorder. 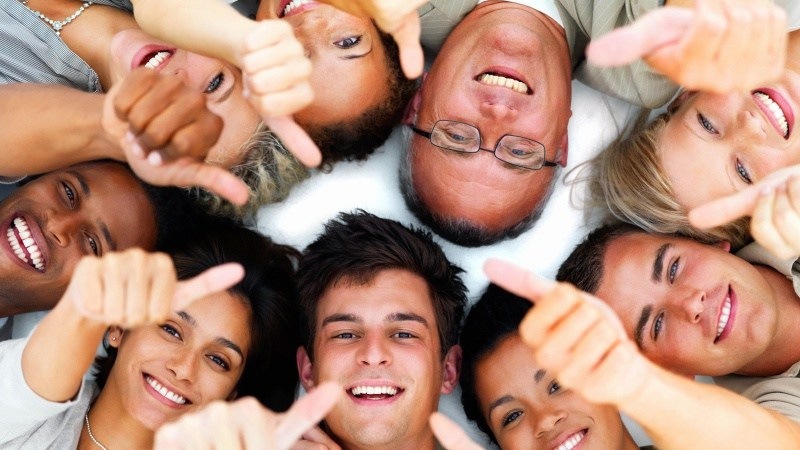 Scientists at the Chinese Academy of Sciences found that the brain chemicals of people who habitually used the Internet and were perhaps addicted to it had abnormal connections between the nerve fibers in their brain. These changes are similar to other sorts of addicts, including alcoholics.

Take “ghosting,” which has been discussed regularly in the media lately. The name refers to someone simply vanishing from another person’s life, usually after the two have gone on several dates. It’s a frustrating, confusing and, certainly, impolite way to end a relationship, but it’s not new.

The connected world’s larger behavioral impact is more on how we interact with each other on a daily basis. A 2014 study: “The iPhone Effect: The Quality of In-Person Social Interactions in the Presence of Mobile Devices” looked at the effects that phones have when people talk face-to-face. Observing 100 friendly couples having a 10-minute conversation while their phone was present, researchers noticed that the individuals still continued to fiddle with their phones. When those same couples conversed without a phone present, their conversations resulted in greater empathy.

A very interesting white paper named “Information in the Study of Human Interaction” by Keith Devlin and Duska Rosenberg states that in today’s world, most of us think of information as a commodity that is largely independent of how it is embodied. It can be bought, sold, stolen, exchanged, shared, stored, sent along wires and through the ether, and so forth. It can also be processed, using information technologies, both concepts that would have sounded alien (and probably nonsensical) to anyone living in the nineteenth century, and even the first half of the twentieth.

Little by little, Internet and mobile technology seems to be subtly destroying the meaningfulness of interactions we have with others, disconnecting us from the world around us, and leading to an imminent sense of isolation in today’s society. Instead of spending time in person with friends, we just call, text or instant message them. It may seem simpler and easier, but we ultimately end up seeing our friends face to face a lot less. Ten texts can’t even begin to equal an hour spent chatting with a friend over coffee, lunch or dinner. And a smiley-face emoticon is cute, but it could never replace the ear-splitting grin and smiling eyes of one of your best friends. Face time is important, people. We need to see each other.

This doesn’t just apply to our friends; it applies to the world around us. It should come as no surprise that face-to-face interaction is proven by studies to comfort us and provide us with some important sense of well-being.

There’s something intangibly real and valuable about talking with someone face to face. This is significant for friends, partners, potential employers, and other recurring people that make up your everyday world. That person becomes an important existing human connection, not just someone whose disembodied text voice pops up on your cell phone, iPad or computer screen.

While technology has allowed us some means of social connection that would have never been possible before, and has allowed us to maintain long-distance friendships that would have otherwise probably fallen by the wayside, the fact remains that it is causing us to spread ourselves too thin, as well as slowly ruining the quality of social interaction that we all need as human beings.

As Anthony Carmona once said:

“Social media websites are no longer performing an envisaged function of creating a positive communication link among friends, family and professionals. It is a veritable battleground, where insults fly from the human quiver, damaging lives, destroying self-esteem and a person’s sense of self-worth.”

#1
So true Brian, I think there needs to be a balance of email, social media and collaboration tools. What ever happened to picking up the phone? Talking to someone face-to-face? Or sending someone a card? Or do we not have time? 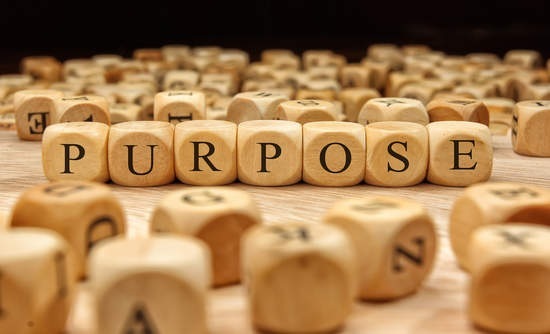 I recently had a meeting in the City of London wit ... 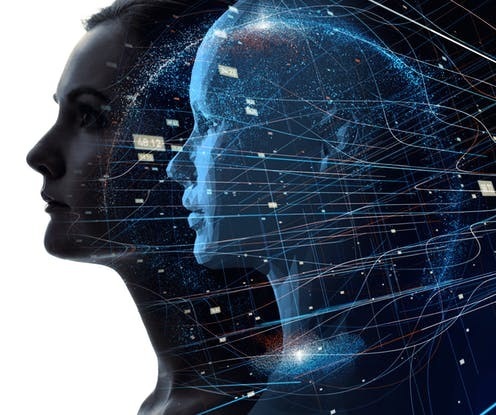 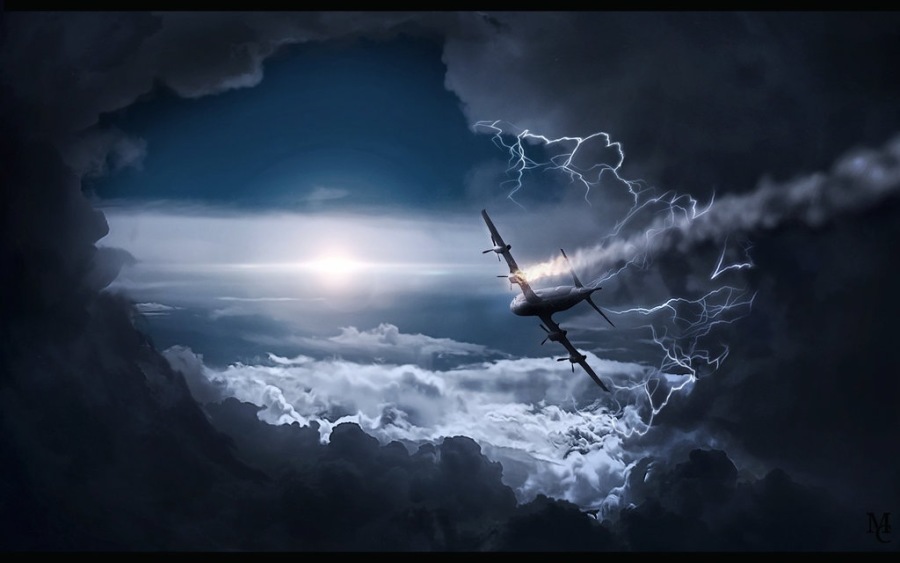 Turbulence is inevitable, change is constant