What do we define as normal

My grandmother once shot my father’s eye out from 500 feet. Naturally, my father would tell you it was a fragment that ricocheted off something or other while he was doing something valiant; that’s what caused the loss of his eye. He would never admit to being shot, from that distance, from a woman; from a tiny black-clad veiled woman with a shotgun from her porch to the property line. She didn’t like Catholics apparently, which was rich given that she was a two-third Blackfoot Indian who survived her white husband by 30 years at the time. Her husband may once have been Protestant, but the sole time she darkened a church door was to kick his sheet-wrapped body off her wagon-bed onto their steps after a very brave preacher dared to send a message with the sheriff appealing to her to hand him over (she’d kept him cold in the basement where he had actually died of natural old age) for a ‘proper’ funeral. That would turn out to be her one act of loving kindness to a man that had stole her anyhoo.

Gotta say, that's both true and untrue - that actual details are really irrelevant. Like most of life as we see it, it's a perspective. So what's the difference between truth and perspective? Not one helluva lot, so far as I can see. Even if 90% of the above is true, how pivotal is the other 10%? Most us thirty-plus don't worry about this too much...it's forgivable. Or, it's a story.

Don't matter. What I'm really trying to say is (1) I'm new here. and (2) I am leery of what I read. Sure I write, sure I have some brain-pops of my own. But I am concerned. Maybe overly cautious of other's motives. I need to say IMMEDIATELY that I am equally cautious of my own. Why? Because I 'suspect' I'm not like most of you - either driven to (oh so beautifully) share because you are behove to open up, or because you're actually sane and feel in control of your faculties, life, loves and work. I'm none, but I'm a survivor. One doesn't necessitate the other.

I suppose what I'm getting at (how would I know?) is that love - something I read on a popular post - Ani Anali -  is not a 'choice', it's a verification. Love is courage, un-applauded, unseen, unrequited. It's rather unconscious. I would so....like to have love in a way that 'un-gimped' others have, but I don't. Doesn't stop me from loving.

I wouldn't mind being Ali - to know what he knows, to see through such clear eyes, to have his intelligence. But that ain't me. Don't get me wrong: we need people like him - like you. I guess we need less like me...where's the fun in that?

#33
Thank you so much John! I'm not getting notifications on my email, so didn't know they were here!

Lisa Vanderburg: Nice post. beBee has tweeted it out on several of our Twitter profiles. We hope it brings in some more bees (aka readers!)

#28
#28 Hi Lisa Vanderburg. I wonder if you have got your "hammer & chisel, calculator, sexton" ready!

#26
Ah yes, my dear Ali Anani. But you know to answer just ONE of your thoughts would require me to get out my hammer & chisel, calculator, sexton, and every philosophical tome I could lay my hands on :)

Now, with your gratifying responses dear Lisa Vanderburg you have contradicted yourself in a beautiful way. You wrote " wouldn't mind being Ali - to know what he knows, to see through such clear eyes, to have his intelligence". Now, I know more than before how intelligent you are.

I think many of us have joined the perfect imperfections tribe I would say the more the merrier....:-)

#12
Where ARE my manners Deb Helfrich?? If it weren't for you, I wouldn't even BE here!! Thank you most humbly! As to your question 'if love falls in the wood, unexchanged, does it really exist?' There's two answers: Yes, because of the individuals choice to love. Or: No, because you convinced yourself of a lie. It happens......

#16
Thank you so much @Lisa Gallagher!

#13
I 'fes up Steve Brady. She was really my great-grandmother - 'little granny'. My real grandmother (her daughter) wasn't nearly so colorful..just jumped fences at 70 and stole bananas off her neighbors trees :)

#17
True @Brian McKenzie! It could have been an arrow instead of a rifle, but I suspect God can tell the true believers from those just practising, in which case, it may be a gesture of love? :)

#1
I am floored at the responses! And because I have no idea what all these buttons mean, I just went ahead and pressed them all :) I think this may go to Deb, but to all here, I am touched by your response - truly! Thank you so much for your kindness!

Lisa Vanderburg, I loved this! I think so many of us found truths in what you wrote. I also like your raw honesty!

#10
Yes, and even if it was the only free mind Peter van Doorn. I just wanted to refer to the effect of internet shifting distribution more towards niche mind and products.

Lisa Vanderburg I find myself feeling good after reading it. And I also don't know why.

Brave hearts who don't follow the majority are few and you are one of the rare gems, LisaLisa Vanderburg

Thanks to you Lisa Vanderburg to write on Debs as well. I thank you Lisa for mentioning me and I am proud. Thanks to Deb too for tagging my correct name. Thanks to my friend Peter van Doorn for mentioning me. I shall respond in a future buzz soon, but for now I say we progressively are moving away from normal distribution to long-tail distribution and the niche people are getting less. So, to be able to stand up away from the crowd is even getting harder.

Unashamed and Freeing; who knew? 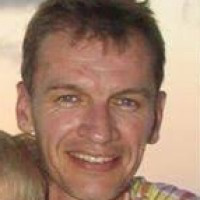 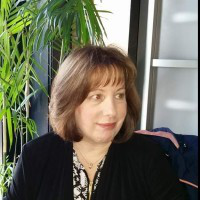